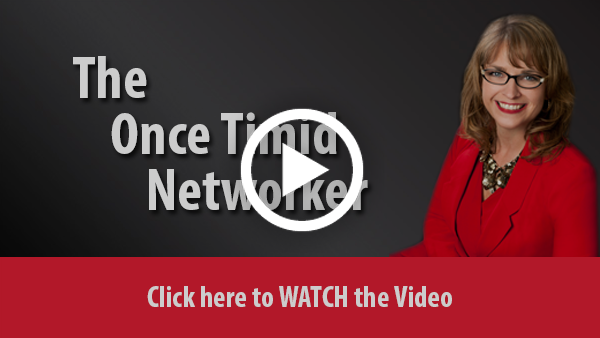 Not everyone is born with entrepreneurial blood. Except maybe if you grew up in Alaska. From an early age, Tara Schmakel has been hard-wired with
strong organizational skills, a bubbly, engaging demeanor, an interest in others and an eye for beauty and design.

Once she moved to Minnesota in her late teens, she started to expand her skill-sets and talents into the areas of strategy, systems and relationship building, understanding the value of meaningful success tools as a business owner. Her authentic approach to problem solving and insightful solutions not only tuned up her business, it was also became a great value to her clients.

Tara realized that she needed to expand her network in order to continue expanding her business. Being naturally engaging, a consummate learner and extraordinarily observant of people’s behaviors (vs. just their words), Tara committed to learn about her natural strengths and how she could use her talents to expand her networking strategy.

After taking the Fascination Advantage Assessment, Tara was exposed to how she “fascinates” and how presenting her authentic personality in her business made networking with potential clients and colleagues easier and more enjoyable.

It became clear to her that what “fascinates” also inspires success – not only in business, but in anyone’s personal life as well.

Tara’s business networking approach began to take on a new framework. She developed a personal mission statement and a strategy for networking meetings, practiced weekly within the BNI (Business Networking) arena, and outlined a plan for developing key relationships.

At one time Tara referred to herself as “The Once Timid Networker” because that’s what her earlier networking experiences were for her – sometimes intimidating, nerve-racking and limited in results. Her “I WILL achieve my goal!” attitude drove her perseverance. With dedicated practice, her systems and strategies began to bear fruit. Networking became more enjoyable and other professional business connections were giving her feedback that confirmed her contagious enthusiasm.

Before long, the once timid networker became increasingly confident. Tara knew from her many networking meetings that other business owners, corporate team members or franchise owners also struggled with less-than-optimal networking results. Several of them often had timid moments or were introverted by nature. Doing the networking necessary to grow their businesses was just plain, well…hard!

“I want what she has!” soon became the request of many who witnessed Tara’s confident, engaging, sparkly style. A vein of excellence ran consistently throughout Tara’s strategic speaking, writing and design work from the systems and strategies she put into place.

As a polished professional, it was time for Tara to combine her entrepreneurial spirit with her proven, practical strategies for networking success and launch her boutique coaching and consulting company. Her personal touch, sincere desire to help others and customized approach to her audiences are what ensures they can consistently expect excellence from engaging the once timid networker turned networking strategist.

Today, Tara invites you to dream big, strive for excellence, stand out from your competition and portray your authentic “fascinating” self to the people with whom you choose to interact.

Contact Tara Schmakel today and learn what makes YOU fascinating!