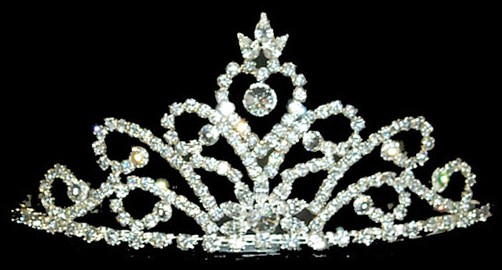 Last week I wrote about mentors. I wanted to take a moment to tell you about one of mine.

Three years ago, I was attending training to be an Assistant Director for BNI. My role within the organization was to support chapters and to help them grow their businesses and chapters through word of mouth marketing with regular chapter visits. I was very nervous because as a timid networker, I was still borrowing the belief of others. I truly thought I was there by mistake. But I wanted to learn as much as I could before they figured out who I REALLY was. I somehow thought they had missed the fact that I was so incredibly nervous every time I had to speak in public!

Sue Henry took me aside one day after training and she told me that she thought I was going to be a good director and that she believed in me. I think I remember feeling very uncomfortable by the attention but I also liked it and thought she was so kind to be so nice to me. She then told me two things that have stuck with me until this day and I attribute my comfort with speaking to these two things.

She first asked me if I knew the song “I whistle a happy tune” from The King and I. She then with her lovely, soothing voice started to sing the words…

Whenever I feel afraid
I hold my head erect
And whistle a happy tune
So no one will suspect-I’m afraid.

While shivering in my shoes
I strike a careless pose
And whistle a happy tune
And no one ever knows-I’m afraid.

The result of this deception
Is very strange to tell
For when I fool the people
I fear I fool myself as well!

By the time she was done, I was in silent tears. It was as if she read my mind. My chest felt so tight as I held back the sob. I was afraid and I didn’t want people to notice me because I didn’t want them to see through me. I decided that I was hindering myself with my disbelief in who I was and I realized my body language was part of it. I needed to stand up straight with my head up and smile a confident smile.

She next told me a story about Princess Diana and how she had watched Diana change from a timid princess to a woman of power before her death. It was as if she received confidence from that lovely tiara. Sue then told me how she would pretend to put on a tiara before she would speak. She found she stood up taller and had more confidence in herself. She encouraged me to do this exercise as well. What she didn’t know was that I had always wanted a tiara!! In fact I thought they were so pretty with their sparkles but didn’t think I had ever done anything to warrant one. I immediately “put one on”.

I will tell you, it worked! Sue had given me a reason to have the most beautiful tiara I’ve ever seen… even if it was only in my own head. Since that time, as a Once Timid Networker, I’ve acquired a collection of beautiful virtual tiaras!!

My now very dear friend and mentor Sue, has coined this beautiful empowering exercise, “The Tiara Experiment”. Her goal is to touch 1 million lives this year. If you could use a tiara or know someone who could, by all means take one of mine, I’ll share! Please, visit her website and help me tell others about Sue and her Tiara.
http://suehenrytalks.com/tiara_experiment.php